Early on in the book, Ellis and Morgan specify that growth hacking is not just a tool for entrepreneurs, as “it can be implemented just as effectively at a large established company as at a small fledgling start-up…it is designed to work on the largest scale (company-wide) or the smallest scale (a single campaign or project).”

Before we dive into actionable insight(s), how does Sean Ellis define his self-coined “growth hacking” term, and what does it mean?

Growth Hacking: “the methodical, rapid-fire generation and testing of new ideas for product development and marketing, and the use of data on user behavior to find the winning ideas that drive growth.”

At its core, the growth hacking process consists of a recurring, four-pronged cycle:

As enterprise tech marketers, how can we maximize the power of growth hacking?

Which user behavior data should we look for, and how will it benefit our marketing efforts?

The Practical Steps of Growth Hacking

Initially, Ellis shares that from its offset, LogMeIn was an “ingenious product”, which is what warranted his (implemented) suggestion to “pivot” LogMeIn “from a paid to freemium model in an effort to differentiate the service from its fierce competitor, GoToMyPC.”

But after the freemium model was exposed to potential customers via thorough marketing efforts, such as costly ad spending, (not to mention repeated testing of the ad copy, keywords, and advertising platforms,) the low numbers in customer acquisition, or as Ellis describes it, “woefully low conversion rates”, did not generate a positive ROI.

In order to figure out what was going wrong, how could behavioral data explain why users weren’t converting to a freemium, highly useful product? What’s more, how could the marketers and engineers involved leverage user data to not only raise the conversion rate, but to scale up their user base, too?

Ellis shows us firsthand how each step of the growth hacking method positioned LogMeIn to prove the real potential of its offering;

When the decision was eventually made to ask users via email why they initially signed up for the freemium service but then weren’t using the service, the collective response was simple: “people didn’t believe the service was really free.”

After many marketing and design iterations, one strategy finally worked: adding a simple link to “buy the paid version”, which resulted in the conversion rate tripling.

Now that they had the behavioral data in their palm of their hands, the experimenting began:

The marketing and engineering teams kept repeatedly changing the steps of the software’s installation process and sign-up steps, and testing the outcomes.

Finally, when the teams landed upon an installation process that proved to work best, the search ads that were once ineffective had now become cost-effective — scaling the software’s profitably at over 700%.

Not only were the company’s low conversion rates nursed back to health, its growth was scaled beyond expectation.

As Ellis concludes, “the solution had been found in just weeks, using a recipe that included healthy doses of out-of-the-box thinking, cross-company collaboration, and problem solving, real-time market testing and experimentation (conducted at little or no cost), and a commitment to being nimble and responsive in acting on the results.”

No User Left Behind

Once an enterprise tech marketer can gather enough user feedback that will identify why a marketing campaign isn’t performing well enough, he must do all he can to reap every possible fruit of this insight;

He implements the feedback and digs into the behavioral data as deeply and as quickly as possible. He’s made it his duty to notice everything about his users — and act on every finding.

As a growth hacking marketer, his motto has become: ‘No user left behind!’

This past May, Observer Innovation’s Ryan Holiday interviewed Sean Ellis in “Dropbox’s Growth Guru Sean Ellis on What Everyone Misses About ‘Growth Hacking”. One of Holiday’s final questions to Ellis was:

“Growth hacking is pretty straightforward for B2C companies. How do you apply the framework to B2B businesses?”

“Growth hacking is important for both B2B and B2C. In both cases, you have a customer journey that generally crosses multiple teams and a process of experimentation across that journey is important for driving customer and revenue growth.

One important difference is that B2B usually has a lower volume of prospective users in the funnel so you generally can’t run as many lower funnel experiments...

Often B2B experiments will be to drive distribution for content or a free version of a product, and then additional experiments are needed to drive prospects from these funnels into the premium product funnel or to figure out how to turn new customers into long-term users.”

Ellis also brings the example of Evernote’s Smile Graph, which “shows that the longer people use Evernote, the more likely they are to continue using it.”

Way back in 2012, Nir Eyal described Evernote’s Smile Graph as ‘building behaviors instead of building apps.’

Evernote’s Smile Graph is built on the premise that “your service’s usefulness improves over time” — the longer you use Evernote as your note-keeping product, the more of your information is stored there, and the more inclined you are to re-download it to access your ideas and notes, as well as add to your existing collection.

The Power of Stored Value

Otherwise known as “the opportunity to capitalize on the power of stored value” in order to “increase retention over time”, whether B2B or B2C, companies cannot solely rely on the smile graph’s intrinsic growth pattern to guarantee that “customers will continue to be actively engaged.”

So how can you get the user insights you need to growth hack your B2B Enterprise Technology offering?

Start by gathering user feedback in the form of case studies, user testimonials, and product reviews, and use it as your basis for digging deeper into your users’ experience.

Beneath the surface lies your users’ behavioral data — indicating patterns and guiding you towards identifying what your offering’s stored value is, and how you can leverage (aka growth hack) these experiences.

Growth hacking tools in hand, the ultimate duty of the B2B enterprise tech marketer is to be constantly giving his users a reason to keep coming back to what he’s offering — and to always be sticking around for more. 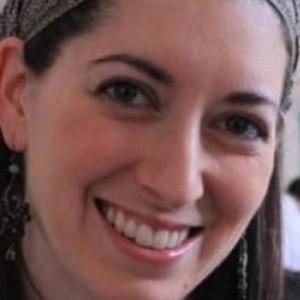